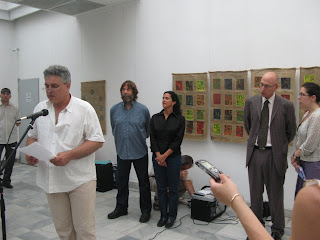 Ladies and gentlemen,
Thank you for being here today!
We have gathered today to commemorate and celebrate together with our friends in Israel a hundredth anniversary. To express our respect and friendship to one of the most ancient nations in the world. An ethnic group, with whom we have been together for more than 500 years in Kyustendil not only in our everyday life and in difficulty, but also in times of joy! Today is a day to celebrate! We are happy and thank every one of the guests, who are here with us!

Ladies and gentlemen,
In our system of values, passed down to us by Vassil Levski, freedom comes first.
The freedom to think, the freedom to express our beliefs, doubts and questions. The freedom of movement of people, ideas and capital.
The freedom and human right to happiness!
The freedom and the obligation to accept others around us the way they are and respect their traditional beliefs and contemporary way of life.
I daresay that having acquired throughout the centuries the tolerance and ethnic diversity of the Byzantium and Ottoman empires, the citizens of Kyustendil are people who succeed in finding peaceful solutions to even the hardest challenges.
Living in a new circle of the spiral of historic development, once more we need to draw on the experience of older generations.
The test of time is the only reliable way to prove one statement. The times of the hypocritical years of the Marxian socialism and communism, demagogically called “the most philanthropic system”, turned out to be on of the most anti-humanitarian periods in the development of Homo sapiens.
And vice versa.
What was denied for centuries and called “utopian socialism”, described by Tommaso Campanella, Thomas Moore and Teodor Benjamin Zeev Herzl, turned out to be a viable and working social theory and practice. There only needs to be a nation of intelligent, brave and dedicated builders. There needs to be a nation of followers, who have faith in the idea.
Today the kibbutzim in the land of Zion provide millions of people with a “start in life”, protection, safety, livelihood and a meaningful existence.
Ladies and gentlemen,
One hundred years ago in the first days of April 1909 in the ghetto of the city of Yafo, the most devoted followers to the ideas for unification of the Jewish nation, who lived there, applied once more the “Rules”, handed down to them in the holy book “Talmud”. They collected all the money they had and used it to buy from the local government the sand dunes on the beach by the sea. Land that was good for nothing by that day’s standards. They divided the land into plots and by the will of God, and chose by lot with sea-shells the lucky ones, who would start building the new home in the new-old motherland.
The spring of dreams – Tel Aviv!
Since then we have seen 100 years of steady, exhausting and selfless work of many generations on the way to realizing the eternal dream – the Return home! The mission of the ever-searching Judaic nation.
As a “leader nation” of Humanity, God has allotted them a trial, which, as in fairy tales, is most difficult and hard to achieve at the very end, when the dream goal has almost been reached.
Wish for something and it will no longer be only a fairy tale! It will come true!
The Israeli nation and state have proven that they have Bravery and Strength!
In the day of celebration we wish them to find within themselves the necessary Patience, Wisdom and Good judgement to reach the coast of complete perfection and peacefulness which they have strived for thousands of years, despite winds, striking and deadly lightening and hurricanes.
Ladies, and gentlemen,
The triangle and the triangular pyramid are the most resistant shape on Earth. The stability of the trinity in both material and spiritual aspect does not need to be proven. Even today it can be seen in the centre of every large Bulgarian town. There, within a few hundred meters there are a mosque, a synagogue and a Christian church.
This is the stable trinity of the ever-winning Life!
This is also the first thing the spectator observes when they see the art of Ms. Nechama Levendel and Mr. Nadav Bloch. One amazing tandem, which has combined the curiosity of Christians with the thousand-year experience and culture of the Jewish people, mixed with the mystical elusiveness of the Muslim visible and invisible world.
With signs, as well as the symbols of the numbers and letters, they show in their paintings what the spirit of Freedom is.
What the spirit of the centenary city of Tel Aviv is. What the spirit of modern Israel is – a World center of democracy, pluralism, tolerance, initiative, rational and pragmatic thinking, education, science, vanguard technological research, history, art, culture, day-and-night life!
A home to everyone!

We do not need words for what remains. Just see the exhibition!
We wish you wonderful moments of experiencing together with Hechama and Nadav!
Happy holiday! 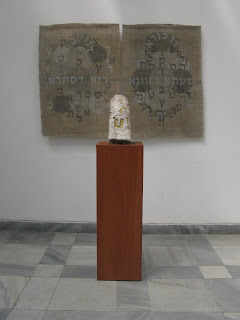 "Altneuland" a book which was writ en by the man of vision of the Jewish state Teodor Benjamin Zeev Herzl.

The book was translated into Hebrew by the writer Nahum Sokolov into the name "Tel Aviv "later on the name was given to the first Hebrew city in Israel which is celebrating this year its 100 years of existence.

In his book Teodor Herzl speaks a bout the return of the Jewish people to the land of there ancestors ending the book by saying ”If you wish it is no legend”.

Threw out history the Jewish people were waiting and yearning for redemption which leaded to birth of varies Kabalistic movements from the 13 th century and on. One of them was the movement of Shabtai Zvi which grew following the big deportation of the Jewish people of Spain and the pogrom es in Ukraine.

In his book Altneuland Teodor Hazel mentions Shabtai Zvi as a phenomenon which was born following the need for Messiah.

In October 2007, while on an artistic journey through the Balkans, the artists Nechama Levendel and Nadav Bloch were invited to exhibit their work in the municipal gallery of Ulcinj in Montenegro, on the border with Albania.

The gallery had on one of it walls Stars of David (Magen David) and on the facing wall two trees were engraved in the stone. The reply to their questions as to the origin of these symbols was that the building had served as the study house of the Messiah Shabtai Zvi and his followers.

Nechama and Nadav, as Jews and as artists, were intrigued by the subject and delved into the saga of the Messiah which had caused such a shock to Jewish communities. In the second half of the 17th century the Turkish Sultan banished Shabtai Zvi to the farthest corner of the Turkish Empire after Shabtai converted to Islam.

Nathen of Gaza the profit which announce the coming of the messiah moved to Sofia , Bulgaria after Shabtai Zvi reformed to Islam.

In May 2008 the artists returned to the town of Ulcinj, and used the gallery as a studio in which they spent two months working on this project The works were show in Ulcinj, Montenegro, at the Shkodra University in Albania and at the National Gallery in Tirana, Albania and The Gallery of Kosovo in Prstina.

Nadav Bloch chose to paint on jute (burlap) sacks that were used for coffee, on the premise that trade routes were conduits of culture, through stories and tales told by the merchants about lifestyles, tradition and religion. Kabalistic literature inspired the creation process. Soft colors serve as a background to the design of spheres, upon which appear combinations of numbers and letters taken from Kabala mysticism. In his work, Nadav attempts to examine and interpret the secrets of Messianic faith created by Judaism as a longing for redemption and as a quest for insight and meaning in our spiritual and material lives.

Part of the works contains letters in Hebrew English and Arabic, symbolic to a dialog between the three monotaistic religions.

Nechama Levendel shows objects created from books. She received the books from local residents, to which she added motifs concerned with local theme using other local materials: gauze bandages, candle-wax from churches, shoe-polish and so on. The book, which is present in most cultures, sends a material and a spiritual message. In the work process, the book loses its original designation and becomes the bearer of a new visual message, beyond language, comprehensible to every spectator. The book holds a secret. The works are symbolic. Every book tells its unique story

Currently the exhibition is on display at the art Gallery of the city Kyustendil , Bulgaria

On Thursday, 16-th of July 2009 at 6 p.m. at
«Vladimir Dimitrov - The Master» Art Gallery in the City of Kyustendil
«Vladimir Dimitrov - The Master» Art Gallery and
«Zora - Kyustendil» Art Community
under the High Patronage of
H.E. Mr. Ron Huldai - Mayor of Tel Aviv and
H.E. Admiral Abraham Ben Shoshan - Director of Tel Aviv foundation
have the honor to ivite you to
the Official opening of the Exhibition
«TEL AVIV - THE NEW - OLD HOMELAND»
dedicated to 100-th anniversary of the city of Tel Aviv
Nechama Levendel and Nadav Bloch
painters from Israel 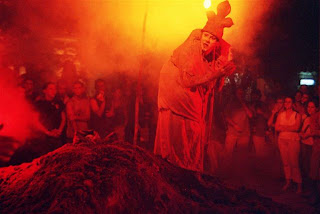 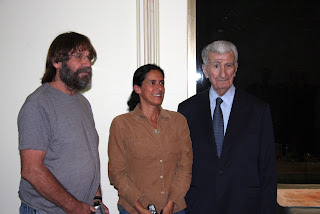